Ahhhhhhhh, well they say a picture tells a story. 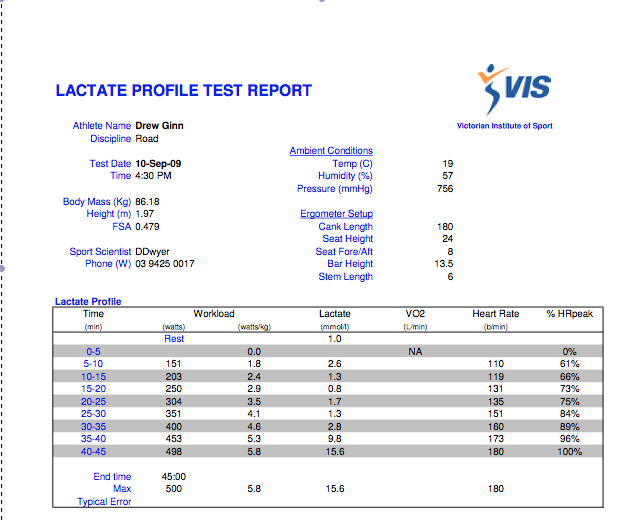 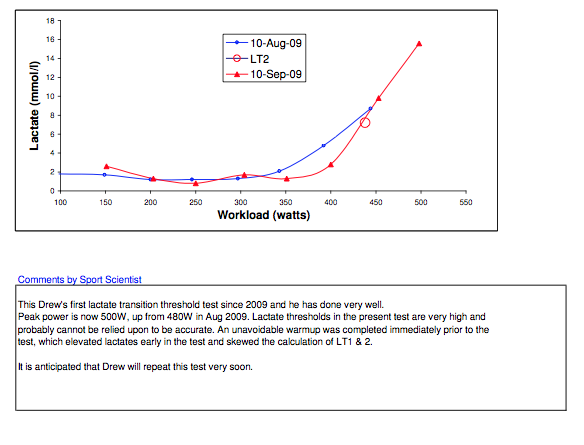 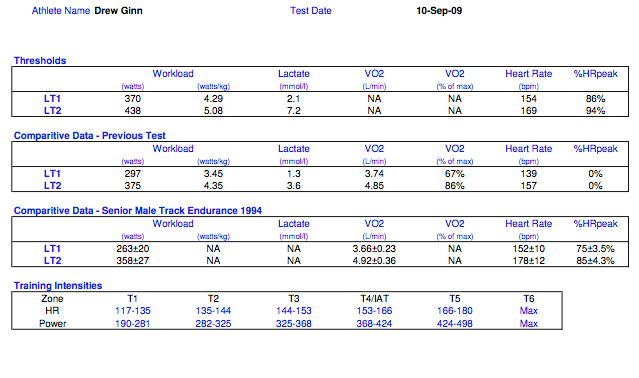 here are the results from my bike test on Fri after doing the rowing ergo the day before I was feeling pretty disappointed. This at least gives me perspective about where I am at relative to what I have mainly done over the last 12 months.

Great to do a PB, as I lasted the 5min at 500w which is 2min better than my previous best in the build up to the Nationals on the bike.

So the positives out of all this are that I am further down the track in terms of conditioning on the bike with less training. The rowing has a long way to go but I got through 34min on the machine which is amazing to me considering where it was at early in the year when I tried doing some rowing ergo work and feeling like I could even do 5min with out discomfort and stability issues.

There are more testing times ahead which I am now excited about, but with it comes that sense of it's a long way before I can even say I am back to feeling like I am in with a chance of making the games long term.

It has been a long few months with work and doing some training.

Now for a break with my family. It will be amazing to go on this trip to Sumba Island with Mel and the kids for the next 10 days. Some relaxing, play, surfing and reflection time will be on the cards.

See you all on the other side.
Email Post
Labels: Bike Cycling Physiology Testing Results Testing