It must be said I loved being back at an International event even through the fields were a bit light on again. Seems Eton World Cup like the Sydney World Cup suffered from poor turn outs from various Countries.

Call this what you want but I say its a bit sad that some of our sports major events to earn great support. I get crews don't want to race in every event and many Countries pick and choose their marks, it was just with a touch of sadness I stood in the boat park in Eton and though where is our sport going if even with once of the best World Cup crowds ever some events had few few crews. Its not a criticism just an observation. The crowed turned out but half the elite performers were on hand to enjoy the atmosphere.

Personally I think in my Country a decision was made after Beijing not to support a Women's eight for example and I understand the thinking behind the approach. Problem is, that as one of the bigger nations in terms of team size I feel the Australian Rowing Team has an obligation to support more events with numbers or else these event start becoming non events. If our team and others don't boat crews for various reason eventually I am sure its seen by sponsors, TV and even our own sporting community as systemic of possible other things not functioning as well as we need for our sport to stand out and be proud

So I stood in the boat park and wondered why the low numbers and where is it leading our sport. As a nation we brought a small group but will have a larger team in South Korea. I wondered about our decision. Sure it helped us target things better but it felt a bit of a missed opportunity in a way yet we as a team achieve close to expectation given the targets for our crews.

Anyway that was just an observation. As for my experience as Head Coach of the Australian Rowing Team I loved it. We hit our marks pretty well and although the standard difference for many of our crews is obvious I felt satisfied our athletes and coaches worked well to make the most of their preparation and the racing opportunity give what I had seen back home.

Women's Pair
Had a bit a shake start even though they launched themselves as the favoured GB crew in the heat it was a World apart a perfect learning for the girls to realise the level of World Class athletes in a boat class they seem to understand really well. Our girls worked hard and show good speed early but I am sure they will agree they didn't row the boat as well as they would like and need too. In time they will develop the understanding and care for moving together which in pair returns the favour. The deeper understanding of keeping their boat at speed will come. The effort is not the question it's the subtle deliver of fast and efficient boat speed. Bill Tait as the coach has a great template for this crew after last years silver medal at the Games, but is loving the challenge of a completely new crew who can create their own approach to making a pair fly.

Men's Four
Obvious the change to this boat from last year have meant the need to re-establish themselves and to learn about the new crew dynamics. The guys did a good job of executing what they have been working on and the rhythm is growing and as they continue to push themselves they will carry better speed in the back end of races. Funny thing is having been in the boat last year much of what they are doing is looking like its heading in the right direction. Some of the base work looks amazing at times and in time will transfer up through the gears and as they start to hit race rates consistently it will be exciting to see how far they can take this boat this year. Tom Laurich has done a great job as coach coming from U23's him self to take the leads with this crew and is using his experience as an athlete and now coach to find the balance between effort, ease and relentless rhythm.

Men's Quad
This was an interesting thing to observe with the guys initially struggling to find the groove of their movement together. As the week progressed they became more certain and I thought raced sensibly to pick up places and have now set themselves well for this training block. Plenty of learning going on for the going as its a real mix of experience, inexperience, sculling backgrounds with sweep backgrounds. Having spent a few rows with the guys now in Italy I am liking the effort and concentration going into the rowing and I am sure it will pay dividends. Their coach Rhett Ayliffe is working with the guys to ensure targets are meet through this next phase and his enthusiasm for competition will have the guys picking their mark for Lucern and later in South Korea.

Women's Quad
The girls who have fun off the water and then show boldness once out on the training track and more so in racing is good to see. Huge learning happening as they are learning to go from the U23 ranks last year into the senior event this year. Their heat was ok but in the final the lined up and put it out their early to the satisfaction of their coach Jason Lane. Sure the girls lost contact with the top two crew but that will with greater awareness for the moments in the race and the realisations of whats possible for them.

We are now into our Italian block and as the fatigue builds I know all are motivated to make this time count. We have talked about what it means to be part of our Australia Rowing Team. We are all proud and humble in a way as many of the athletes and coaches are new to the senior team. Its something to cherish, to be grateful for and to take with both hands and to make the most of. 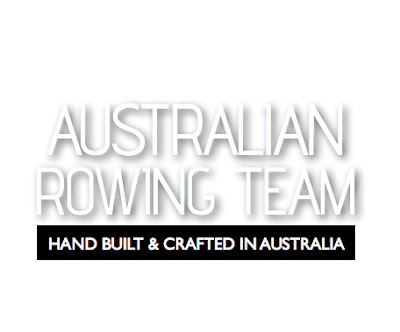 Addy said…
This comment has been removed by a blog administrator.
9:44 AM