Skip to main content
June 16, 2010
On a day when I have finally had a second row in two days. The feeling of being out on the water was wonderful. With each and every splash of the oars I was in raptures. Not ruptures, but rather an explosion of the senses and with each moment of driving the boat through the water it was like I was being released. Like a bird from a cage with it’s first tentative movements from the breadth of wing span ready to take flight. To embrace the freedom which comes from having the purpose to fly. Fly like the bird I say as I found with each stroke a wonderfully tangible sensation related to the verbal chatter in my head. Oh I can row, I can row, I can row. 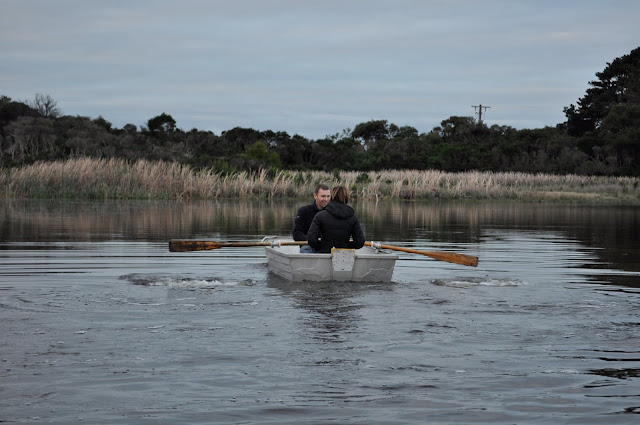 Not quiet row, row, row your boat but not far from the play of a wonderful old classic. It is the second row I have had since Beijing and it was my second day in a row. It’s a long way from the skinny little craft I have been accustom to, but what the heck it’s a start and one I was able to enjoy the my family. 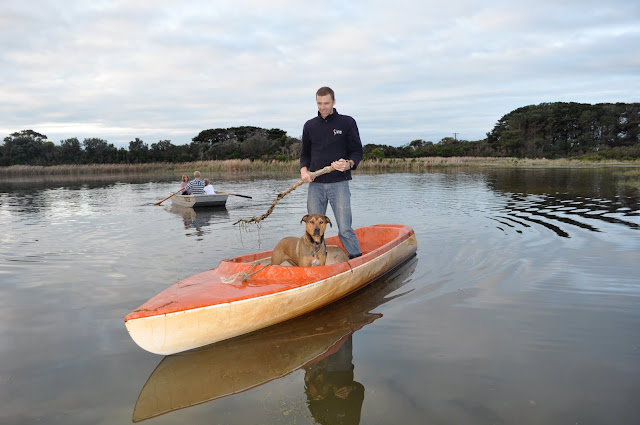 Look whats possible if I stand up and with a new partner too... 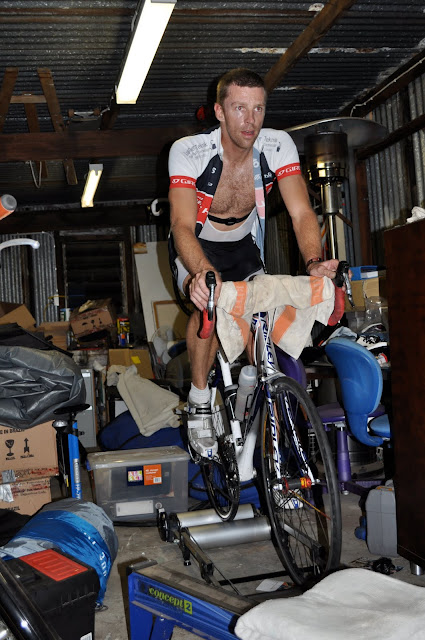 Ok so I have been working to get some fitness back with a few 20-30min sessions on the rollers. Simple really with little time I just get on a go for that time and sit on 160-170HR. Then jump on ergo to see what I can do at rate 20 with this old back of mine.

So let me give more of an update. It has been many days since I last wrote anything and much has unfolded. Firstly I have been to Canberra to have our National Team Doctors, Physio’s and Physiologist check me out. Like a little pin cushion and rag doll being pocked and bent every which way. It was almost 12 months since last I took part in the same activity to check my situation. Well the outcome is I am ready to go and have a crack at what ever is in to be the pathway. What did the specialist say? Well they all seem happy enough to see me progress to the next stage. What ever the next stage might be, who knows.

Actually let me clear the air fore during the last 12 months I have dabbled in cycling and certain committed further to my business career with the set up of our new venture, Energy Impact Group. I think this time last year I was just testing the water as they say. Over the time I found I have motivation, energy and a willingness to push, explore and challenge myself and those around me. I was very keen on cycling, but to be honest with my family and work it was looking less likely that I could go much beyond the National Championships. I continued for a while but a few things became clear. You can’t cut corners in any sport at the elite level and cycling it’s even less likely that you can get away with not doing the essential training.

Sorry no excuses here I was not go well enough at the Nationals and in light of what would be required for the 12 months until the next real chance that was on offer, which was the Nationals again, I was less of a raw enthusiast and more an old dog who knows his best days are not created by chasing tail.

So over the last few months many conversation have transpired with people about rowing again. Initially I was happy to go along with the talk to see what might be possible. I was keen to see the pathway which may be ahead. Over the last month though I have been willing to step thing up to do the testing in Canberra and now I joke about rowing on the water and even though it was in a flat bottom aluminum boat with the kids, it was still an interesting test.

Add to this last week I clocked up 300km+ when I was working on program at Mt Eliza on the BHPB Graduate Program for the week. I rode my bike back and forth a few days and was surprised to do so in 5 days and felt pretty good. Look it’s nothing impressive but from where I was three weeks ago when I did my first 20 min on the rollers at home in the back shed with my heart feeling like it was going to jump out of my chest.

It’s the start on a build up towards what I hope will enable a real challenge to get back in the boat. I haven’t swapped the bike completely as I intend to get out an race before the end of the season but I certainly felt like I was pushing the preverbial uphill. All along since surgery I felt the motivation was within to take on any challenge. I guess what got me down was that I have many people saying all the right things about the future but few would really back the challenge. In rowing I think I have found a few people who have come out and worked hard to encourage me to take a few basic steps.

Over this last week my family and some friends head to my family farm and enjoyed hanging out. The photos show the simple joy that comes with doing things with family and friends. The one thing I know for sure is to be an athlete it squeezes and pressures the rest of your life. One thing will be a constant going forward that what ever happens my sporting aspirations are not first priority at least in these early days.

This has been hard to make clear. Even when riding the bike I was only really wanting to do as well as I could with the time I had and very much I wanted to enjoy the learning experience. Now I figure it is much the same, but I do have a huge hurdle to over come. My back is certainly not what it used to be. Actually it is pretty back, better than what it was after surgery, but not any where near where it needs to be to be able to train at the right level. Not yet anyway, but I am a believer in the power of the mind and with enough time feel if there is a way I can find it.

Funny thing is I think it is something of a problem solving activity. I find myself saying I need to find a solution and if it means doing things differently then so be it. That’s not all though. Tomorrow I go to get scans on my left knee as it has been an issue since 2005 after the Ironman event in Foster, NSW. The scans in 2007 had the Doc suggesting surgery then but I was not keen if there was another way, but now it appears we are further down the no choice path brought on by some of the work I did on the bike over the 4 months building up to the Nationals.

The old body has a few more things, but no need to bore anyone with details. Let’s just say years of training have as many negative effects as positive ones. It is a reminder that the elite end of sport and training required is not all that healthy if done with out care.

This week after scans I will no more about my knee and obviously the work has now begun again which actually has made my back feel better than sitting all day at a desk working.
Email Post

Anonymous said…
looks like stand up paddling and sculling. When do we see you with one oar?? sitting??
10:11 AM

Mitch Anderson said…
Hey Drew,
Just read your update and feel like I share some of your experience. I've just had my fourth surgery in 14 months (2*shoulder, 1*face, 1*hamstring), and am ramping back into base training with a long, laborious yet ultimately satisfying grind back towards the peak of physical performance. (my peak was never yours!).
Nietzsche: "If you want to get to the peak, you should climb without giving it too much thought:.
good luck.
Mitch Anderson
10:33 AM